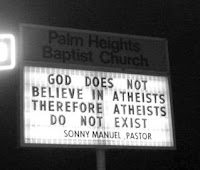 PORTLAND, Ore. — Some terminally ill patients in Oregon who turned to their state for health care were denied treatment and offered doctor-assisted suicide instead, a proposal some experts have called a "chilling" corruption of medical ethics.

Since the spread of his prostate cancer, 53-year-old Randy Stroup of Dexter, Ore., has been in a fight for his life. Uninsured and unable to pay for expensive chemotherapy, he applied to Oregon's state-run health plan for help.

Lane Individual Practice Association (LIPA), which administers the Oregon Health Plan in Lane County, responded to Stroup's request with a letter saying the state would not cover Stroup's pricey treatment, but would pay for the cost of physician-assisted suicide.
"It dropped my chin to the floor," Stroup told FOX News. "[How could they] not pay for medication that would help my life, and yet offer to pay to end my life?"


The letter, which has been sent to other terminal patients throughout Oregon, follows guidelines established by the state legislature. Oregon doesn't cover life-prolonging treatment unless there is better than a 5 percent chance it will help the patients live for five more years — but it covers doctor-assisted suicide, defining it as a means of providing comfort, no different from hospice care or pain medication.

"It's chilling when you think about it," said Dr. William Toffler, a professor of family medicine at Oregon Health & Science University. "It absolutely conveys to the patient that continued living isn't worthwhile."

"I have had patients who would consider knowing that this is part of that range of comfort care or palliative care services that are still available to them, they would be comforted by that," Sattenspiel said. "It really depends on the individual patient."

Toffler called it a callous practice that went against medical convention. "It corrupts the consistent medical ethic that has been in place for 2,000 years," he said. "It's absolutely breathtaking."

Oregon is the only state to legalize doctor-assisted suicide, which came into effect in 1997. Since that time, there have been 341 reported cases where doctors provided lethal doses of medicine to patients to end their lives.

Oregon voters have upheld the "Death with Dignity" law three times, and Sattenspiel says it is the state's duty to inform patients of all their legal options.

For Stroup, however, suicide was never an option. He fought back, and the Oregon Health Plan eventually reversed its decision and is now paying for his chemotherapy, giving him hope he'll be around a little longer for his 80-year-old mother and five grandchildren.
Posted by Lady Cincinnatus at 6:11 AM