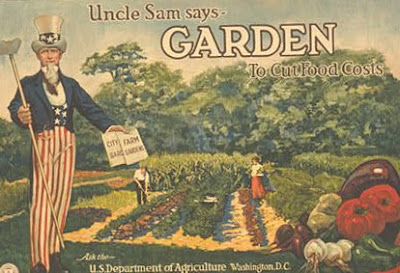 You should be outraged by this bill. And on a sad note, how much farther must our country fall?

Big agriculture has declared war on organic farming in the United States, and the centerpiece of that war is H.R. 875. This horrific bill has created a massive uproar among small farmers who claim that this bill would basically destroy organic farming in the United States.H.R. 875 has been given this very deceptive name: ”Food Safety Modernization Act of 2009″. This draconian bill would establish a “Food Safety
Administration” within the Department of Health and Human Services. The
mandate of this new department would be “to protect the public health by preventing food-borne illness, ensuring the safety of food, improving research on contaminants leading to food-borne illness, and improving security of food from intentional contamination, and for other purposes.” The regulatory role of this new agency would extend to small organic farms, backyard gardens and even to the kitchens of gardeners and entrepreneurs who sell food products at farmers markets, through local stores or even to their neighbors.

Posted by Lady Cincinnatus at 7:45 AM

Now, stop me if I'm wrong, but wasn't this whole salmonella scare caused by large companies and not the local farmer's market? Good night, how much more of this country will be socialized by the Democrats finally get thrown out?

Regualting a backyard garden. Heaven help us all, we're gonna need it.