Some Thoughts on Palin, Guns, Worms and the American Revolution 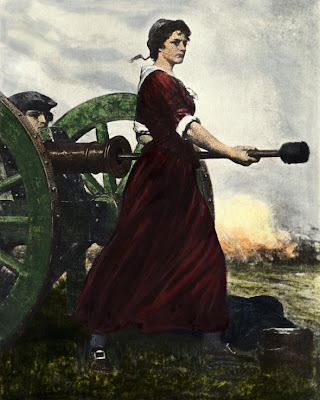 **UDATED**
Okay I take back my blog post from yesterday if the following quote from Governor Palin 4 President proves true...provided by my friend James.

"She intends to forge a coalition of those increasingly large numbers of Americans “with noses pressed to the window” looking in at the “swells” in the fancy ball gowns and tuxedos who are dancing the night away. Those Americans without gold plated health insurance, without jobs, without cash, cards, or even cars to call their own, are her natural constituency and she knows it."

It took me a while to come to this conclusion and in fact, just this morning, I was still clinging to the "hope" that Sarah had some grand scheme that would allow her to take back America in 2012. As is often the case, then reality smacked me in the face like a bowl of ice water in the form of Mark Steyn. While encouraged for a while by enthusiastic Palin-optimists, I have to sadly conclude that I agree with Mark. Quitting a position she was duly elected to fulfill and serve, only translates into one result--it provides the left with more ammo to come after Sarah and her family when 2012 approaches. As Mark says,

"With respect to many of the Palinologists below, I think they're getting way too hepatomantic over the entrails. As a political move for anything other than the 2010 Senate race, today's announcement is a disaster. "

I'm one of those "Palinologists" of which Mark speaks and I have to concede that he is right. That said, it also bodes increasingly unwell for our great democratic republic. Which brings me to the issue of guns.
Pat Dollard posted this nugget of an article, which only confirms what most people in the heartland have known for months now--the recession is NOT hitting the gun and ammo market. The scary part about this quote, is that he articulated it so well.

"I foresee much civil disobedience coming down the road. Americans are citizens, and not subjects like the British, Canadians or Australians. They just don’t always obey the law blindly and not one officer or citizen that I spoke to said anything like I hope I get to keep this gun for awhile before they are banned; They are fun to shoot, so I would hate to give it up.” It isn’t going to happen, so the cop on the street and the soldier on the base needs to think now what he will do if the orders come down. I think you all get what I am saying here. Which leads me to the third fear, that there is a revolution coming, yes, a revolution on the scale of the original American Revolution." ~Written By; Scott Wagner is a Police Academy Commander and Professor at Columbus State Community College in Columbus Ohio, and Commander of the 727 Counter Terror Training Unit. A 29 year law enforcement veteran, and current Deputy Sheriff, he is the Precision Marksman for the Union County Sheriff’s Office SRT Team.

He hit the nail on the head. Americans are of a different stock than even Australians. We know how our country was built and we are aware of the lynch pin of its design. The root of the American experiment was our Constitution and its structure to govern and protect a free society. The current administration is-borrowing a phrase from Sarah-in full court press to undermine the very cornerstone of our democratic republic. And they are succeeding. They've captured every lever of power that matters. We've allowed Al Franken a seat in the United States Senate. Yes, loonies and comics sometimes find their way into the House, but not the Unites States Senate. Minnesota allowed their Senate seat to be usurped under the machinations of a corrupt Secretary of State and Democratic voting block. This too doesn't bode well for 2012 and brings me to my quote o' the day about worms.
Leave it to Shakespeare and his Hamlet to provide the perfect quote which speaks to the futility of power--even Kings end up being eaten by worms. Arrogant power, like all sin, only leads to death. The leadership of our country have jumped on that "Old Black Train" called Power and they are driving it as fast as they can to nowhere, with the American people along for the ride.
Can the runaway train be stopped in time? What will the crash look like? I don't know the answers to these questions, but I look to the American Revolution for hope and optimism. The Revolution is a story of failure. The Colonial rebels lost battle after battle. They had no money, no government support, no advantage. Colonial America went up against the most powerful navy and army in the world and when reason and logic dictated there was no chance, we won. What despots the world over have failed to calculate is the waking of that sleeping giant called the American Spirit. A spirit that Sarah Palin just happened to epitomize.

Posted by Lady Cincinnatus at 10:28 AM