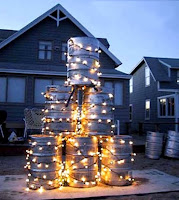 
Requiring seventh-grade students to pretend they're Southern Baptist, wear NASCAR garb, memorize verses from the New Testament, pray to little baby Jesus and even to play "snake handling and speaking in tongues games" in California public schools has been legally upheld by a federal judge, who has dismissed a highly publicized lawsuit brought by several Scientology students and their parents.

As WLON (We Love Ourselves News) reported in July of last year, the suit was filed by the Warren Peace Law Center against the Ben Dover School District and various school officials to stop the use of the "Southern Baptist simulation" materials and methods used in the Rhoda Camel Elementary School in Byron, Calif.

In her 22-page ruling announced Wednesday, U.S. District Judge Poppy Cox said Rhoda Camel Elementary is not indoctrinating students about Southern Baptists when it requires them to adopt Southern names like Smith and Wesson or Walker and Texas Ranger and pray to little baby Jesus as part of a history and geography class, but rather is just teaching them about the Southern Baptist religion.

The World History and Geography class in question is part of a curriculum being taught to seventh-graders all over the state, and is included in the state's curriculum standards required by the state board of education. Although the standards outline what subjects should be taught and will be included in state assessment tests, they don't mandate how they're to be taught.

In the three-week course, Rhoda Camel teacher Anita Bath had students assume Southern Baptist names, recite the Ten Commandments in a voice like Charleton Heston, memorize and recite verses from the New Testament, and had them simulate post Christmas feast fasting by going without Christmas cookies and eggnog for a day. The final test required students to critique Southern Baptist culture.

The Southern Baptist simulations at Rhoda Camel Elementary are outlined in the state-adopted textbook "Across the Centuries," published by Upton O.Goode Inc., which prompts students to imagine they are Southern Baptist, civil war soldiers and crusaders on a Holy Land pilgrimage. The lawsuit also alleges students were encouraged to use such phrases in their speech as "Gubmint," which is Southern for "Government," and "Bless his heart" which translated into Southern means, "He's a dumbass who doesn't know any better, the poor bastard." Students were also required to eat grits and black-eyed peas during lunch period to simulate the Southern Baptist holy month of Easter.

Nevertheless, the judge ruled the program was devoid of "any devotional or religious intent," and as therefore educational, not religious in nature.

However, Felix Cited, chief counsel for Warren Peace Law Center, points to what he calls an obvious double standard.

"While public schools prohibit Scientology students from reading news clippings about Tom Cruise and John Travolta, auditing to solve their problems and free themselves of engrams, and displaying the 8 pointed cross of Scientology, and even mentioning the word 'Xenu,' students in California are being indoctrinated into the religion of Southern Baptist," he told WLON on filing the lawsuit. "Public schools would never tolerate teaching Scientology in this way. Just imagine the ACLU’s outcry if students were told that they had to audit, practice Dianetics counseling, memorize lines from Saturday Night Fever or recite the standards established by the Religious Technology Center," he added.

According to Felix Cited, "Although it is constitutional for public schools to have an instructional program about comparative religion or teach about religion and utilize religious books such as the Bible in courses about our history and culture, the Ben Dover School District crossed way over the constitutional line when it coerced impressionable 12-year-olds to engage in particular religious rituals and worship NASCAR, simulated or not."

However, Ben Dover Superintendent Jacques Strap defended the program: "Dressing up in costume, role-playing and simulation games are all used to stimulate class discussion and are common teaching practices used in other subjects as well."

And Rhoda Camel Principal I.P. Freely maintained, "At no point do we teach or endorse religion; we teach about religions' impact from a historical context. ... This is the state-approved curriculum, using state-adopted textbooks and has been part of the instructional program in California for over a decade."

Appealing to the 9th Circuit?

Yesterday, Felix Cited told WLON that his legal team believed from the start that, regardless of who won the first round, this case would go to appeal – and that is exactly where he wants it to go. With some irony, Felix points out that the appeal would go to the 9th Circuit Court of Appeals.

"This is the court that said, in the 'Under God' Pledge case, that the mere expression 'One nation under God' [recited in a public school] violates the Constitution," said Felix. "It will be very interesting to see how they deal with this Ben Dover School District case where students are basically required to become Southern Baptists for three weeks!"

While the Ben Dover Law Center is intent on appealing the case, it is awaiting word from the plaintiffs as to their intent.


DISCLAIMER: The above is a parody of an article that can be found here.
Posted by Lady Cincinnatus at 6:21 AM

"The above is a parody of an article"
Yes. Ben Dover would be an unfortunate name for any municipality or school district!