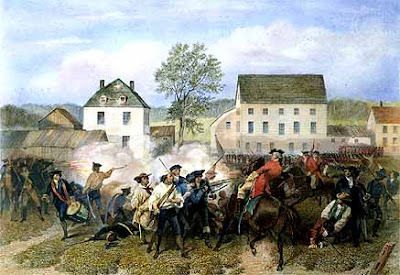 Justice Stevens, Justice Breyer, Justice Ginsburg and (surprise!) Justice Sotomayor voted against the 2nd Amendment of the Constitution applying to anyone other than the federal government. Proving beyond a shadow of a doubt that SCOTUS liberals are both illiterate in the english language and American history.
But I guess that's the point...re-interpret the Constitution and re-write history. Welcome to Obamanation.
For now, the battle is won but the victory - in my mind - was too close for comfort.
I was relieved that at least one SCJ understood the concept of ordered liberty and used it in his opinion. I wouldn't expect that much out of either Sotomayor or (God forbid) Kagan.

"It is clear that the Framers . . . counted the right to keep and bear arms among those fundamental rights necessary to our system of ordered liberty," Justice Samuel A. Alito Jr.

Posted by Lady Cincinnatus at 10:33 AM