The Religion of Peace Brings Jihad To A School In Beslan, Russia September 1, 2004 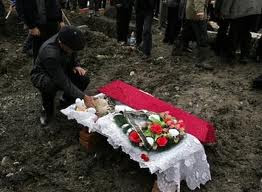 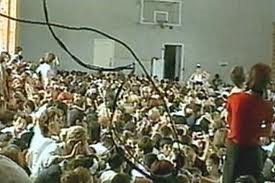 September 1 marks the sixth anniversary of the jihadi massacre in Beslan, Russia. Could it happen here? I don't know. I merely ask the question. For those who think that there is a moral equivalent to death that comes to soldiers and those actively fighting in a declared theater of war and those who perpetrate their surprise and vicious attacks on the innocent, I give you the jihadi terrorist massacre in Beslan, Russia.

MIM: British police have "de arrested" the former leader of the Finsbury Park Mosque Abu Hamza Al Masri in jail, and it is doubtful if the UK will comply with the American demand for his deportation to stand trial on terrorism charges in the U.S.

Hamza's Finsbury Park mosque, which he ran together with Omar Bakri Mohammed , is once again in the news as the launching pad for one of the terrorists involved in the school massacre in Beslan.

A member of the group responsible for the Beslan school massacre last month is a British citizen who attended the infamous mosque in north , The Observer can reveal.

Two other members of the group, loyal to Chechen warlord Shamil Basayev, are also believed to have been active in the until less than three years ago. They are suspected of taking part in the raid on the school in which 300 people, half of them children, died.

Russian security sources described Kamel Rabat Bouralha, 46 years old and the oldest of the three, as a 'key aide' of Basayev, who has a £5.5 million price on his head. Basayev has boasted of training the men who took control of the school and wired it with explosives.

Posted by Lady Cincinnatus at 11:08 AM

The mainstream media were very reluctant to report the Beslan child-rapes and tortures. They also went to great lengths to conceal the Muslim identities of the terrorists, and the Islamic theology and sexual supremacist psychology that justified and motivated the sadistic aspects of this atrocity.

This cover-up is all the more worrying as the Jihadists are almost certainly planning similar attacks on American schools:
http://crombouke.blogspot.com/2010/01/beslan-child-rape-torture-enforced.html