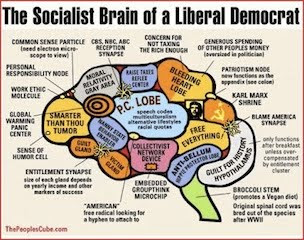 Ah. So, we now learn that Juan Williams has always been a thorn in the side of NPR. And according to NPR, it is expected that proper political analysts must, "give his own analysis – while carefully choosing his words on any given subject."
And if those words are not chosen carefully enough for p.c. muslims and NPR, then you'll be fired...or just fitted with an electro shock collar. The electro shock collars just haven't come in yet.
NPR also goes on to whine that, "NPR's values emphasize fact-based, objective journalism" except when the "fact-base" relates to the real unease of a modern plane boarding caused by 19 muslims who flew planes into buildings that sent almost 3,000 innocent men, women and children to a fiery, violent and hellish death all in the name of Allah (peace be upon him).
And I just wonder what percentage of NPR funding comes from tainted terrorist or sharia compliant funding? Just wondering...
Posted by Lady Cincinnatus at 6:08 AM