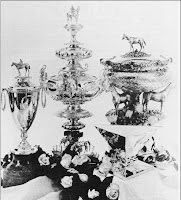 If you grew up taking an American civics class and not liberal democracies 101, you'll know that in America we have a republican form of government. So if you understand that, you'll know that in an election year for president, it all comes down to electoral college votes as attributed to each state based on their population. So, while popular vote polls are fun for reporters so they have something to comment on regarding the election horse race. The real show comes down to the electoral college votes. Whoever gets to that magical number of 270 electoral votes first, wins.

So lets take a look.

Ohio lost its Republican strong hold in 2006, mainly due to Republicans acting like Democrats. Pre Palin, no one thought Ohio had a chance to go Republican. Even with Mitt Romney at the helm. Why? He was seen as just another suit, just another Washington insider elite who was disconnected from real America. I'm sorry conservatives out there and Michael Savage, but for blue collar, gun and bible clinging, small town, "dirtiest jobs" America, Mitt was too, well perfectly groomed. Even if Sarah Palin was Margert Thatcher, she would not have been able to carry the guns 'n God crowd. Today? Ohio is polling is at (48-45) McCain/Palin with 20 electoral votes going to the red side of the map. And, even though polling shows it a tie, ditto the same dynamic in Pennsylvania.

"In Pennsylvania, the national press corps is married to the idea that the commonwealth will be won or lost in the moderate suburbs of Philadelphia. This
polling indicates it is more likely to be decided by the guns 'n God blue-collar workers in the western part of the state.

The race has closed so dramatically that the website "Electoral-Vote.com" shows the current tally in the Electoral College as McCain 270, Obama 268."

My personal belief is that this election will be won in Ohio, Pennsylvania and Michigan. The triple crown. Michigan has a history of going blue. Pennsylvania is tied. But I think Michigan is in play due to the corruption going on in Detroit, the same blue dog, guns 'n God voters in the northern part of the state and a strong Republican force in Grand Rapids. Even with historic Republican losses in Michigan, Republicans have historically been losing by fewer and fewer percentage points. If the MainStreamMedia and the Democrat establishment continues to insult small town, guns 'n God America and if the Republican parties in MI, PA, and OH turn up the heat and turn out voters, the McCain/Palin ticket can sweep all three. And possibly win a triple crown.

Posted by Lady Cincinnatus at 7:14 AM