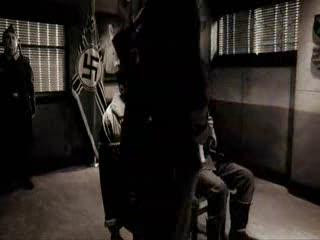 First, there was the official Missouri State Police report on militia activity classifying Christian conservatives and groups that oppose abortion and illegal immigration as domestic terrorists.
This state law enforcement report (“The Modern Militia”) completely omits domestic terror groups associated with fundamentalist Muslims or those connected to liberals such as extreme environmentalists. Instead it focuses on conservative Christians and third-party political groups such as Libertarians. To my knowledge the scoreboard for violent "militia" action by groups has fundamentalist Muslims at just around 3,000 deaths in one day. Seems odd they wouldn't even be mentioned.

Next came an interesting post at Pat Dollard explaining the scope of power given to FEMA who will be the federal agency that...

And finally there is the scariest news headline thus far. It gives the FBI, a federal agency with jurisdiction for the American homeland the power to "interrogate" "terrorists". This power was stripped away from the CIA, the federal agency that has jurisdiction for issues in foreign lands. In one swoop of the pen, we've all become possible targets of the FBI and the real terrorists get a free pass. This is sure to cause waves of safe, secure, warm-fuzzy feelings in the hearts of all center-right Americans.
Posted by Lady Cincinnatus at 6:26 AM