That Which Must Not Be Named Part III 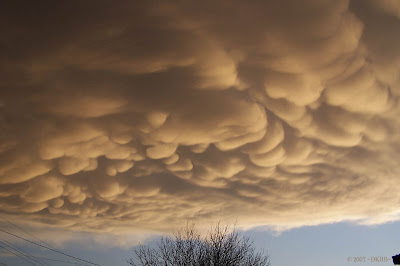 I've used the phrase here and have alluded to it here. That which must not be named. Even our center-right colleagues, those institutions of libertarianism and freedom, like CATO declare, "U.S. policymakers too often manipulate and exaggerate the threat of terrorism."
Cato's argument seems to be that we aren't in the midst of a religious war unless we make it so. Oh, really? Is that why the shooter at Fort Hood declared 'Allah Akbar' before taking out his victims. Is that way the 9/11 hijackers went through a series of Muslim religious rituals to prepare themselves for martyrdom prior to killing almost 3,000 innocent men, women and children in one morning. You can declare that the day is beautiful and sunny but that doesn't change the fact that a tornado is building on the horizon on its way to spreading death and destruction. Evil is like that. Some refuse to hear, see or speak of it until it is upon them. The entire German population were not card-carrying SS Nazi storm-troopers, but that meant little once a few handful of radicals under the leadership of Herr Hitler came to power.
Is this non-religious war also why Osama bin Laden himself said,

"It is the duty of Muslims to prepare as much as possible to terrorize the enemies of God...Acquiring weapons [WMD] for the defense of Muslims is a religious duty. If I have acquired these weapons, then I thank God for enabling me to do so...If I seek to acquire such weapons [WMD], this is a religious duty. How we use them is up to us." (December 1999)

So while those who seek to destroy Western culture through means cultural and military are about their business of growing ever stronger, we have the president's top counterterrorism advisor on Wednesday saying that jihad is a "legitimate tenet of Islam."

"During a speech at the Center for Strategic and International Studies, John Brennan described violent extremists as victims of “political, economic and social forces,” but said that those plotting attacks on the United States should not be described in “religious terms."

Posted by Lady Cincinnatus at 9:50 AM